How the Antalya Film Festival Will Turn the City into a Global Cinema Hub?

The annual Antalya Film Festival already has prestigious status as the best of its kind in Turkey, but plans for its future will see it on par with the likes of the famous Sundance Festival of America. Running since 1963, the organizers are implementing many changes and bringing on board key figures to achieve their vision of putting Antalya on the map as a global hub of film professionals.

The setting is certainly apt for this ambitious project. Antalya already has all the essential ingredients to be a destination renowned for glamor, glitz and artistic creativity. The palm tree lined boulevards are home to some of Turkey’s most luxurious hotels, and the district of Belek is synonymous with professional golf courses having hosted key players such as professional Tiger Woods and hobbyist Barrack Obama when Antalya hosted the G20 summit in 2015.

It has already achieved prestigious status as the second most popular tourist destination in the country, and its state-of-the-art marina has propelled it to superstar status on the Turkish Riviera. Indeed, any famous film star would find themselves right at home in Antalya that is gearing up to become the Hollywood of Turkey.

Turning Antalya into a Cinema City

The Antalya Film Festival also has the full backing and staunch support of Mayor Menderes Türel, who at the 2016 festival, said his aim was to turn Antalya into "Cinema City." If everything goes to plan, by 2019, plans will be unveiled for a studio complex, designed by the same team who manage universal studios in Los Angeles. International film makers will receive subsided discounts and script writers will be able to take advantage of residency programs.

Adding that, the vision is a winner for Antalya all round, Menderes Türel pointed out the benefits are not just that the international film world will come to Antalya, but the project will be a great chance to display Turkish films globally. His vision for Antalya as a cinema city has the full backing of the Turkish government which since 2004, has strongly supported and promoted the Turkish film industry. 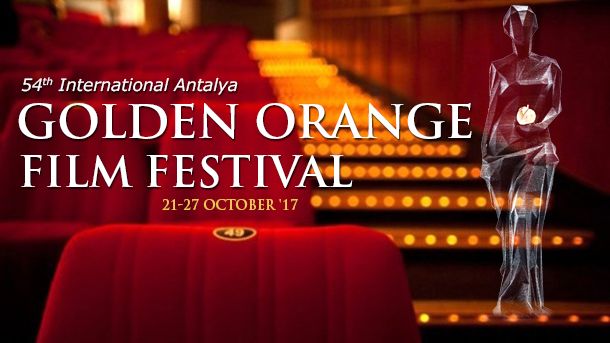 In July 2017, the Antalya film festival attracted the interest of many film professionals, with the important news that Mike Downey, one of Europe’s leading feature film producers had joined the team as artistic director. Downey has produced more than 60 movies and also served on judging panels for more than 20 international film festivals.

His experience in the global film industry is valuable to the organizers of the Antalya film festival who want their name to become globally respected. Also new to the team is Mirsad Purivatra, director of the Sarajevo film festival who is coming on board as a strategic consultant.

54th Annual Antalya International Film festival will open its doors for the cinema lovers in October 21st. Parade of high-quality cinema will last a whole week, do yourself a favor, visit the film festival.

Seeking further verification as a city of creative excellence, in 2017, Antalya applied to UNESCO (United Nations, Educational, Scientific, and Cultural Organization) to join their creative cities network under the film classification.

So far, the only place in Turkey included in this system is Gaziantep as a gastronomy expert thanks to their participation in the food industry of Turkey and as a cultural hub for cuisine with a history that stretches back thousands of years.

Antalya aims to join the network as a film hub, and if approved, the certification will help achieve its vision as a global cinema city significantly contributing towards the movie industry in the world.